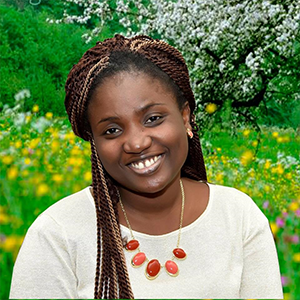 Dr. Adeola Agoke earned her PhD from the Department of African Cultural Studies in 2019. She is an Assistant Faculty Associate, teaching courses in applied/sociocultural linguistics and currently serving as the (Acting Director) of the African Language Program. Adeola’s research interest is in critical discourse studies, sociocultural linguistics, second language acquisition, and pedagogy of African languages. She also teaches the online multilanguage seminar and language learning methods courses. With a passion for connecting research to program design and instruction, she brings dynamism to methods in African Language pedagogy. 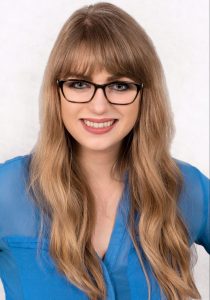 Kerry Uniyal is the Intensive Summer Multilanguage Seminar Coordinator. She holds an MA in French and Francophone Studies with a concentration in French Translation and Interpretation from Jawaharlal Nehru University in New Delhi, India. She has a BA from UW-Madison where she completed a double major in French and Languages and Cultures of Asia, and a Certificate in South Asian Studies. In 2011, she studied and interned abroad in India through UW and has been involved in international education and language learning programs ever since. Prior to her role as Multilanguage Coordinator, she worked as a Program Advisor at the Institute for Study Abroad (IFSA) for study abroad programs in Asia, Australia, and the Middle East, as well as for customized faculty-led programs worldwide. She is also the Program Coordinator for the Middle Eastern & Mediterranean Language Institute (MEDLI). Kerry speaks Hindi, French, and has studied some Spanish and Mandarin, and is currently learning Persian.

Felecia Lucht is the Director of the Wisconsin Intensive Summer Language Institutes (WISLI) at the University of Wisconsin-Madison. Dr. Lucht has an MA and PhD in German Linguistics with a PhD minor in Second Language Acquisition from UW-Madison. She holds an MA in International Affairs with a concentration in Comparative and Regional Studies from the School of International Service (SIS) at the American University in Washington, DC. She has a BA from the University of Wisconsin-Stevens Point where she completed a double major in German and International Studies, and a minor in Russian. Prior to her role as WISLI Director, Lucht taught language classes and courses in second language acquisition, foreign language methodology, and foreign language testing. Lucht has studied German and Russian (and some Dutch), and is currently learning Arabic and Brazilian Portuguese.